Thanks for my cronut, Bread Story!

Last month, I got my first blogger's freebie - a cronut from Bread Story! (Thank you! Mwaah!)  My friend Pammy and I were at SM San Lazaro in Manila and she decided to buy pastries from the Bread Story outlet there to bring home to her folks. Since I had my camera with me, I asked the manager if I could take pictures for my blog and he let me. As we were leaving, the manager stopped us, put "something" in a box and gave it to me. A cronut! I brought it home, took pictures of it and then shared it with my kids. Here it is: 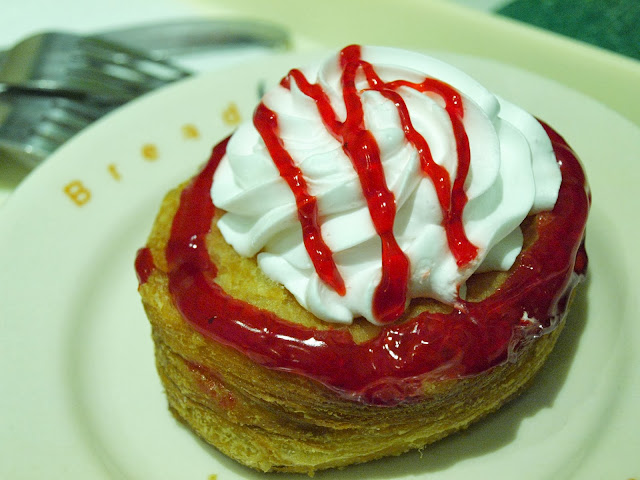 Though it looks lovely, it was not as delicious as my first cronut. By the way, cronuts at Bread Story are simply named "croissant donuts". They don't put label on each variety (or did I just not see?). Anyway, there's not much excitement over this second cronut of mine, nothing special about the taste and even the texture. Good thing, there was this other pastry that we really liked. It tasted like pizza. Here it is:


Likewise, we bought other pastries at Bread Story that we brought home as "pasalubong".
These were:

Meanwhile, I loved my brewed coffee (Americano). The right strength offering the right kick. Big serving too, on a mug instead of a teeny weeny cup. 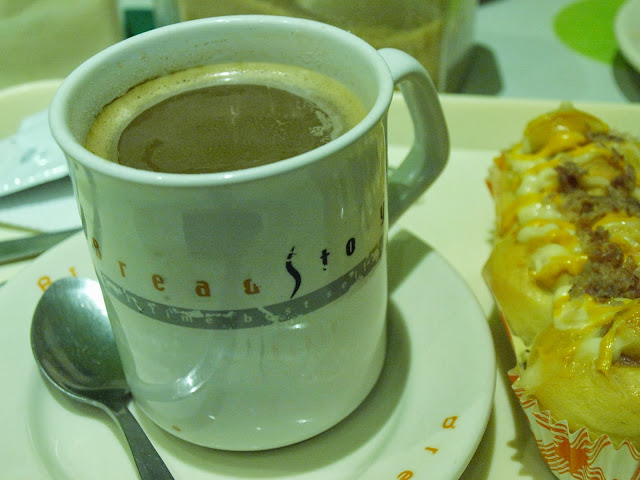 Anyway, here are some other breads and pastries at Bread Story. These were the pictures I took last month. 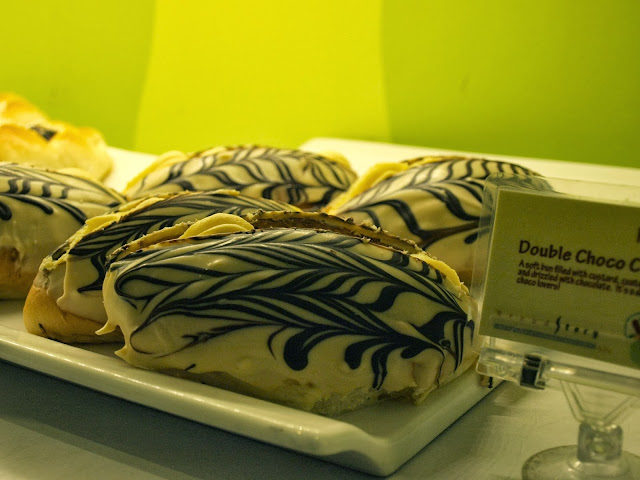 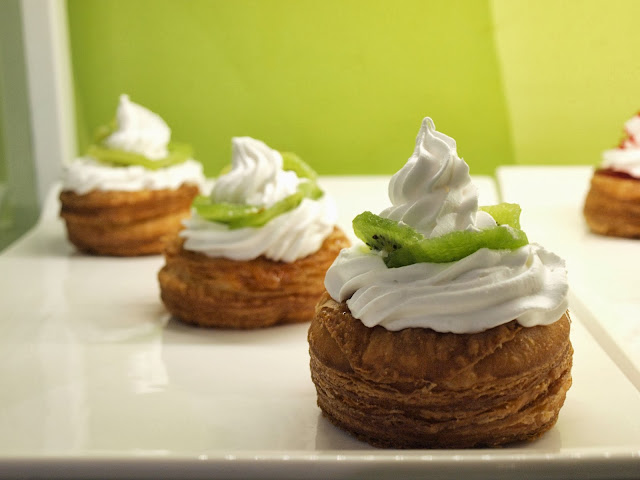 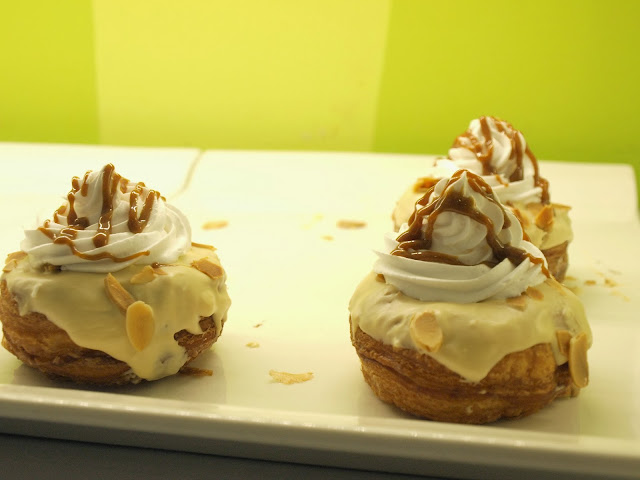 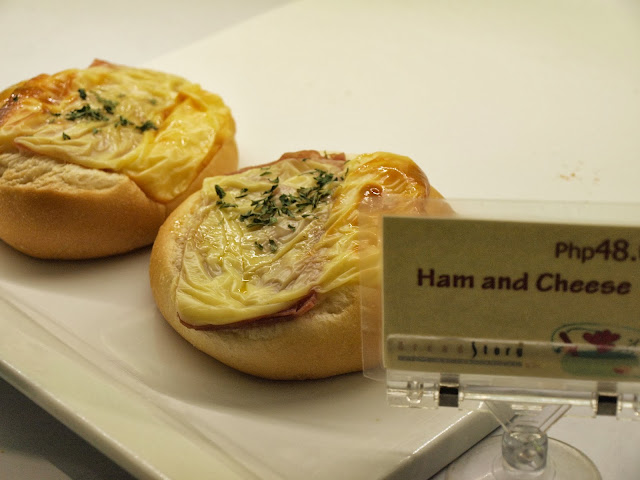 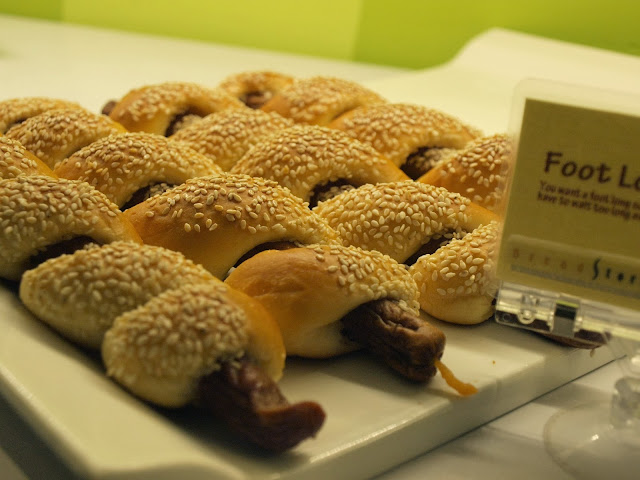 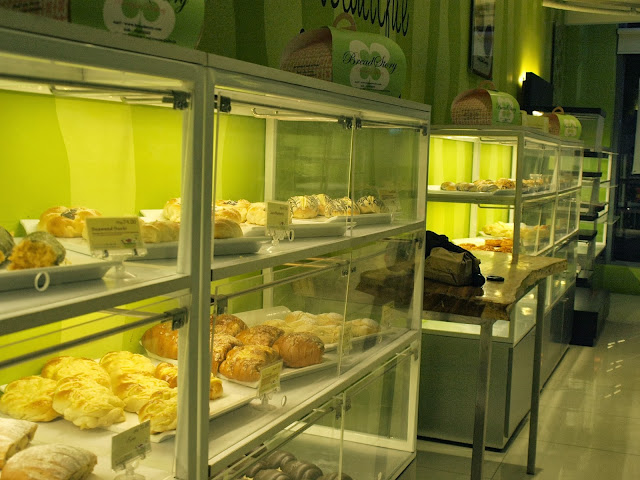 I add Bread Story to my list of nice places to have coffee - where my elixir is good and pastries are delicious. By the way, they have delicious-looking cakes, too, that I want to try next time. Other Bread Story branches that I know of are at SM South Mall and SM City Fairview.

Hainanese chicken and more at The Chicken Rice Shop

Late September, my daughter and I got to try a chicken restaurant that seemed new (We learned later that it was not, they opened in 2010). We were then at Robinson's Place-Manila, buying time before our worship service at church. The Chicken Rice Shop looked unfamiliar, arousing our curiosity. We took a quick look at the menu and I saw the magic words that did it for me: Hainanese chicken. Perfect! Just what I'd been craving for the past few days. We were seated in no time and ordered: 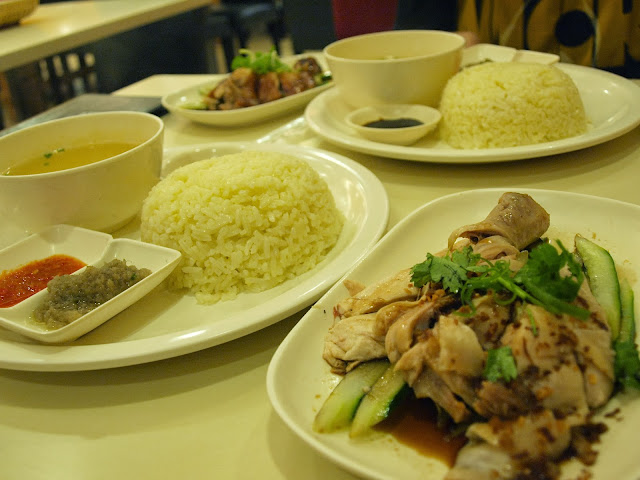 So, did I like my Hainanese chicken? Well, yes I did though not as much as I liked it at Hainanese Delights. Came close, however. But what I loved with the chicken was the dark-colored sauce, which, the server told me when I asked, was called "kecap". It's sweet, a little salty and very thick. It was soo good I wanted to lick the mini-bowl clean. Haha! My daughter liked her roast chicken but she absolutely loved her drink - Kuching 3-Layered Tea. It consisted of brewed tea on top, milk at the center and palm syrup at the bottom. Mix it all up and you have a refreshing, great-tasting milk tea.
I loved my coffee as well - full-bodied but not too strong. The serving was huge - in a mug - more than what other restaurants give. I asked the manager if they could transfer half of the coffee into another cup so I could share it with my daughter and he gladly obliged.
Would I come back here? Yes, for the coffee and milk tea. :-) I'm intrigued about their baked fried chicken, too! Hmmm..must be good! I just saw it at their Facebook page as I write this. Haha!
By the way, The Chicken Rice Shop, I learned from the server, is originally from Malaysia. It opened there in 2000, according to Google. :-)
The Chicken Rice Shop also has a branch at UST and at CCP Complex.