An unexpected gem of a restaurant in Chinatown 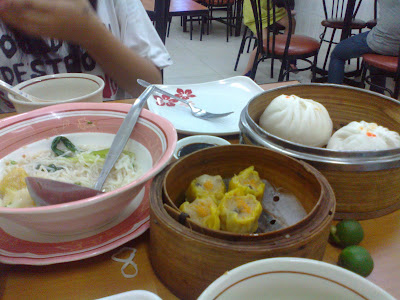 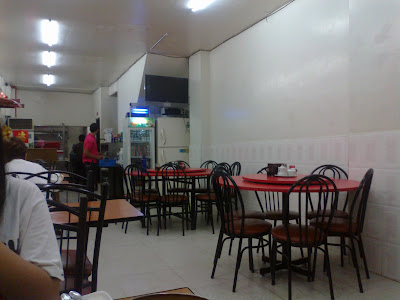 AJ and I found the perfect excuse to go to Chinatown (again, for me) one Saturday last February. We were in that Quiapo area near Raon where stores selling eyeglasses abound (I forgot the name of the street!). AJ needed a new pair of eyeglasses so there we went. After having chosen her frame and her eyes checked, we were told to come back at 6 p.m. to get her new spectacles. I looked at the time: 4 p.m. We had two hours to spare! I thought, where else to go best to eat and waste time but in Binondo! So instead of whining about having to wait for two hours, we happily trekked the "dangerous" paths of Quiapo and Sta. Cruz to cross over to Chinatown. In a few minutes, we were there, but not before AJ falling victim to some misfits. As we walked under the LRT over Rizal Avenue, my daughter found her backpack pocket open, and her large bottle of Victoria's Secret cologne gone. Lucky you, I told her, it was just the cologne, not your cellphone. With a new lesson learned (and that's to never wear your backpack at your back. hehe!), we proceeded to our destination, armed with the desire to savor good Chinese food (dimsum on my mind!). As we turned left to a small street perpendicular to Rizal Avenue, I looked for an old restaurant that reminds me so much of my childhood (but of course, Rowan, I was once a child too!) . Sadly, Happy Burger was no longer there - that Happy Burger where my Ate Tess brought me for yes, a hamburger, but which also sold really good siopao.

Anyways, we marched on to Ongpin St. with me trying to mentally recite the names of restaurants that I have included in my list of those I would visit in Binondo after reading blogs after blogs about culinary tours of the famous Manila Chinatown. Unfortunately, I could not clearly remember any name nor address of those restaurants. I chided myself for not bringing my notebook but quickly forgave when I reasoned, I had no idea a chance to go to Binondo would present itself today. As we had no clear destination, we walked and walked and walked in search for a nice place to eat that would not be so expensive as I didn't have much money left after paying for AJ's eyeglasses. Our aching feet, after so many minutes, brought us to a little street after turning right from Ongpin (Benavidez?). We were already starving and so without further thinking and checking, we went  inside this quaint restaurant called Tasty Wok.

The place was almost empty except for a group of four customers, and I wondered if we made the right choice. After browsing through the menu, we ordered for a small bowl of Wanton Noodles (P100, good enough for 2-3 persons), Siomai (P55, 4 pcs), and  Siopao (P55, two pieces). The waiter, after relaying our orders to the cook, promptly came back to serve us a pot of hot tea. AJ immediately poured into the two small cups. We each took a sip and were pleasantly surprised. Even hot, unflavored tea, we realized, could be refreshing! It was wise, I thought, not to order drinks anymore because nothing could beat the refreshment the hot tea offered. AJ, in no time, finished her tea and immediately poured some more into her cup. It was then that I wondered: Was the tea complimentary? I told AJ: "Slow down, girl, what if that pot of tea cost a thousand? We ought not to finish the entire pot, so we wounld't have to pay much." But then the tea was so good that I also poured some more into my cup. Hehe! After a little while, our orders came one after the other. I first sampled the Wanton Noodles. Mmmm..the soup was good! It might come as bland to some people who have a high tolerance for salt, but for me, it was almost perfect - clear, thin and light. No MSG nor other artificial flavorings, I thought, and that was good. AJ liked it too. But when she bit into the siopao, she gave it her highest approval and wished that siopao in her school canteen was just as good. I liked it too. The bun was soft and hot and the bola-bola filling was big and delicious. What made it even better was that it had salted egg and chorizo, which are absent in other bola-bola siopaos that I usually buy. The siomai was good as well, and the only thing that I disliked about it was that the wrappers had a yellow color. I don't like artificial colorings, that's why, and wished it was turmeric that gave the siomai its yellow tint. Anyway, AJ and I were full before we could finish all our food so when we couldn't take in any more of the noodles (we finished the siopao and siomai), we asked to have our leftover packed for taking out.

I then asked for our bill and was a little nervous as I wondered how much the tea was, because it was not in the menu and therefore excluded from my mental calculations. I thought about leaving AJ there to look for an ATM machine so I could get money in case I came short. I was finally handed a piece of paper and was relieved to see how much I ought to pay: P210! Wow, only 200 bucks for everything that we had, which was a lot. Not only that. The tea - the hot but refreshing and delicious tea - was complimentary! It was then that I thought, how come this restaurant seemed not to be popular when it served good food at such a low price and with a complimentary pot of tea to boot! The restaurant, to me, was an unexpected gem because no food blogger has ever mentioned about it, and is thus, virtually unknown to those who do not often pass by the area. What we had In Tasty Wok was indeed a memorable meal and AJ expressed her wish to be back.
Posted by Lori P. at 8:56 PM No comments: 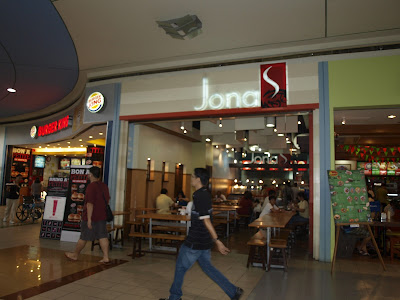 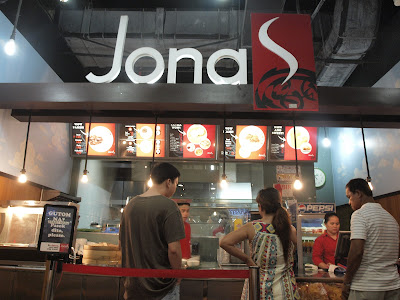 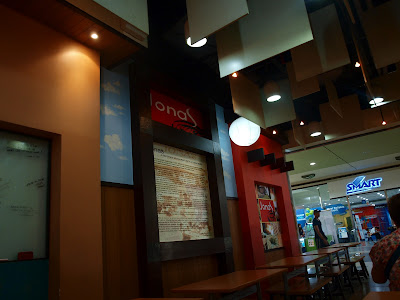 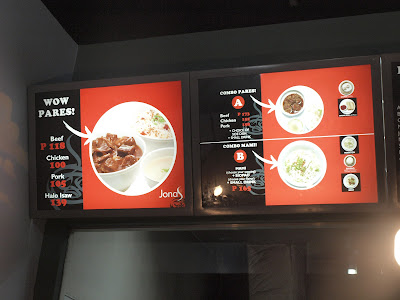 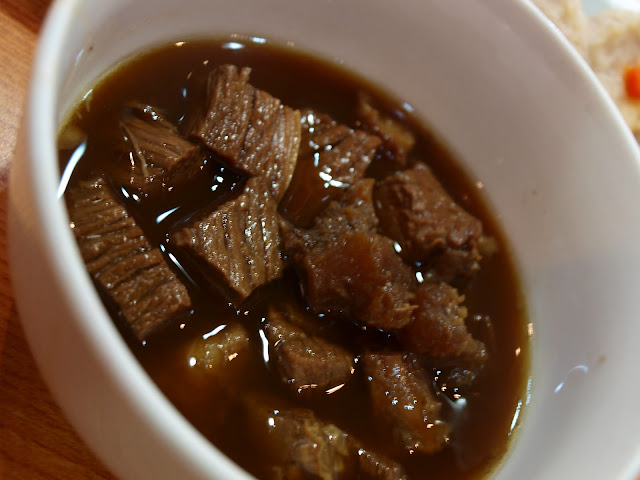 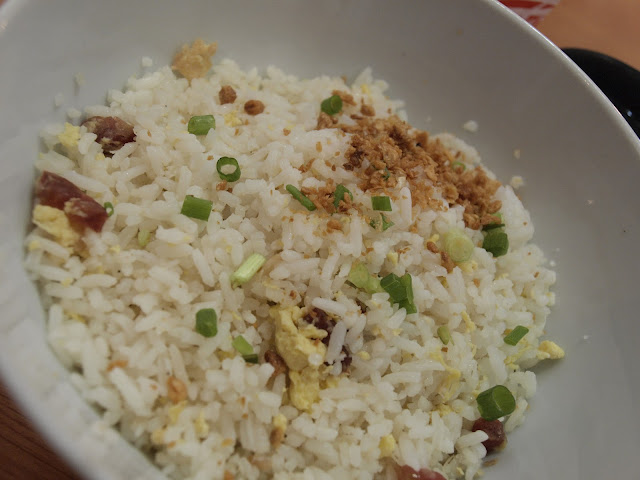 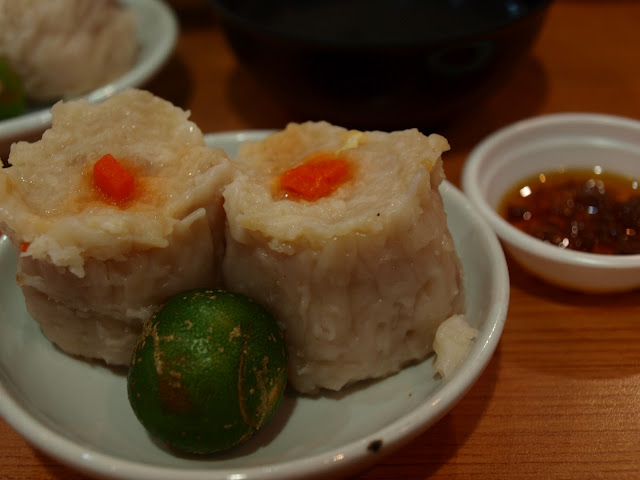 On a certain week last March, I was all agog about Beef Pares after seeing a tarpaulin sign outside Kalbert's, a nice eatery along Espana Blvd. in Manila, which I pass by everyday as I commute to work (It now has a branch at SM Mall of Asia, by the way). The tarpaulin says: "Beef Pares, P60. With Chili Sauce!" That ran some electricity down my spine - the chili sauce! Hahaha! I love anything that comes with chili sauce! And so one day, I dropped by Kalbert's (even though I was running late as usual)  to order their Beef Pares for take out. I had it for lunch in the office and boy, it was really good! The beef was tender and yummy and the chili sauce had the perfect "kick" (because others are a tad too sweet) . My only complaint was that the Beef Pares itself was on the sweet side but it was forgiveable because the chili sauce gave the perfect balance. Sayang, I had no camera to take pictures with.  My pares cravings did not die that day, however, so when Sunday came, I tagged along my daughter Nikki to try Jonas in SM San Lazaro. Jonas, fellow bloggers said, "invented" Beef Pares, which, by the way, is simply beef paired with fried rice.  In 1979, Jonas first served beef pares in their eatery on Mayon corner Retiro Streets in Quezon City, and the dish has since become famous and various eateries and carinderias have offered their own version of it. Jonas' small restaurant in SM San Lazaro has nice ambiance but I was a little surprised at how far their prices came compared to Kalbert's. Taste-wise, I leaned toward Kalbert's too (sorry! this is just my personal opinion, though), especially since the beef there is more tender. I liked it though that Jonas' Pares  was not too sweet, unlike Kalbert's and their fried rice was a little better too (or was it just the looks?). However, the serving here was larger than at Kalbert's so that's a plus point for Jonas. Aside from beef pares, Nikki and I both had 2 pieces of Siomai as side dish and together with a regular-sized Iced Tea, our orders were priced at P175 each.  So, will I come back to Jonas? Well, yes, if I'm at SM San Lazaro and craving for beef pares. :-)

* This restaurant has closed down.
Posted by Lori P. at 9:23 PM No comments:


I celebrated last month my 8th year in my present job. Our agency holds office on Visayas Ave. in Quezon City so I could say that this stretch of road has been my second home for the last 8 years. During this period, I, my officemates and my kids - who I tag along to work every now and then - have tried various restaurants on Visayas Ave. and one of them has become one of our favorites - Lola Idang's. This restaurant serves really good Filipino food and among their offerings are Kare-Kare, Lechon Kawali, and Dinuguan. However, their specialty is Pancit Malabon, which, I can honestly say, is the best in town! It's perfectly seasoned, and with the right texture and moisture (pancit malabon in other restaurants tend to be dry). And that food in Lola Idang's is reasonably priced is a plus, plus, plus! Yesterday, my teenage daughter AJ came with me again to the office after I mentioned that I wanted to eat at Lola Idang's and so there we proceeded for dinner after work. After much contemplation (it was hard to decide what to eat because of the many yummy choices..teehee..and we were torn between our old favorites and the others we have yet to try), we ordered Tapsilog (P65), Lechon Kawali with rice (P75) and a plate of Pancit Malabon (P65). For drinks, we asked for Iced Tea (P20) for AJ and Calamansi Juice (P25) for me. After finishing our rice meals, we laughed at ourselves for having Pancit Malabon for dessert. Haha! To say that we were full was an understatement. What a lovely dinner we had, capped with a good cup of coffee minutes later at Mr. Donut in Trinoma mall. :-)

This April marks my second year of buying Human Heart Nature products for my family's personal hygiene. Two years and counting! I've been loyal to this brand because it's the only one that's 100% Filipino-owned, with products that are locally manufactured using natural and organic ingredients, and reasonably priced. My kids and I love their hair care line, pressed powder, hand sanitizer, body lotion and facial wash. My eldest daughter also attests that the Sunflower Beauty Oil erases blemishes and stretch marks.


Last February, the company opened its new flagship store on Commonwealth Avenue in Quezon City. Yesterday, my "ampon" Gina and I went to visit this lovely store to buy some products and we marveled at the beauty of its forest-inspired interiors. Before we did some shopping, we availed of the free brewed coffee and sampled two of the three varieties they offered - Barako from Batangas and the Sulu Coffee. Good, good! Later on, Gina tested the make-up line and put on lipstick and eye shadow. We then proceeded to buying what we needed and after about an hour, headed to our next destination, but not before taking a lot of pictures of ourselves inside the store (teehee).
Posted by Lori P. at 5:05 AM No comments: