The day I fell in love with a sandwich

At first, nothing was so special about this Saturday. I did the usual chores around the house, ran the usual errands. But come merienda time, everything suddenly turned rosy. And that was when I took my first bite of the Premiere Clubhouse sandwich at Cafe France. Hahaha! Sorry for waxing romantic. I really just fell in love with my sandwich -- with its soft wheat bread that well, sandwiched bacon and egg at the top and a thick slice of great-tasting ham, tomato and lettuce at the bottom. I know I like almost everything that I eat (Hehe) but believe me, I sooo loved my sandwich that I couldn't prevent the "uhmmm!" and "sarap!" from coming out of my
full mouth. Haha!.
By the way, my order was half a sandwich that came with pumpkin soup and a glass of soda. The soup was very delish, too! Really, my afternoon snack would have been perfect had I paired it with a nice cup of brewed coffee. Truth was I was tempted to do just that but my daughter and I were in such a hurry as we were about to attend the 6 p.m. church service and before that buy a Bible at a Christian bookstore on Taft Ave. and it was already around 5:10 when we entered Cafe France on UN Ave. in Manila. You know very well, a cup of coffee is best sipped slowly rather than downed in a few large gulps. Hehe. Anyway, my daughter had Tuna Onion sandwich and the same soup as I had plus soda. Also, we had Bacon and Potato Salad, which, was not so good, just okay. 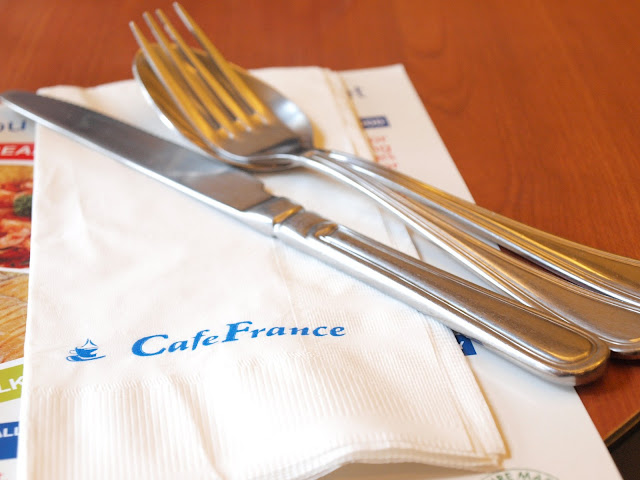 I'll be back here soon, I promise. Hehe. There's a lot of other things I'd like to try in this cafe --             other sandwiches, pastries, pasta and rice meals. And yes..coffee!
Cafe France has branches at SM Makati, Roosebelt, St. Luke's Hospital, The Podium, SM Mall of Asia, Greenhills and Robinson's Place-Manila, just to name a few.
Posted by Lori P. at 11:10 PM No comments:

Weekend markets are popular these days and a number of restaurants that have made it big were borne of them. One of such is Ineng's, which started selling barbecue at the Sidcor Sunday Market in Cubao in 1999. Apparently, the products they sold were so good that the stall owners, a couple named Richard and Michelle, would always finish selling everything in record time. Their barbecue that grew more popular by the week became known as "Ineng's Special BBQ", Ineng being Michelle's moniker. The husband and wife soon joined other weekend markets until they opened their first mall-based branch at Market! Market! in 2004. The rest, as they, is history.
Earlier this year, I saw an Ineng's branch at the new Wilcon Depot near our office on Visayas Ave. in Quezon City. My friend-co-worker Pam and I had just had lunch at Bigger Better Burger and were about to go back to the office when we passed by Ineng's at the ground floor of the sprawling "mall". What immediately caught my eye was the poster outside with the words "kapeng barako" written in it. Hey! I missed kapeng barako, which I used to brew every morning upon waking up. I had long stopped this routine because of my hyperacidity, which prompted me to cut back on caffeine to just one cup a day, at the office, in the afternoon.
Anyway, days later, I was back at Wilcon Depot, this time with my youngest son to have lunch at where else but Ineng's?
Here, take a look at some of what they offer: 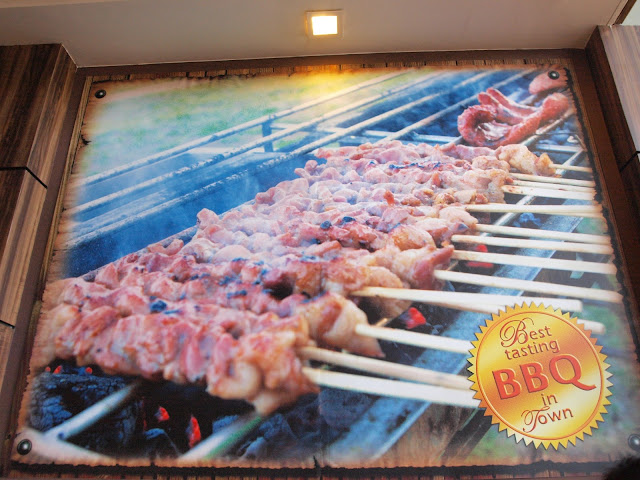 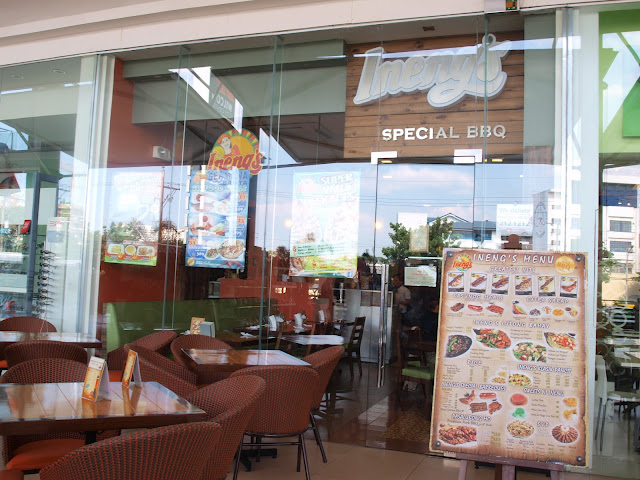 At first bite of my pork barbecue, I wasn't exactly impressed; I've had good barbecue elsewhere. But when I poured some barbecue sauce into it, my rating shot up from 6 to 9 in a scale of 1 to 10. The sauce made a lot of difference! It made my barbecue go from okay to great! As for the fresh lumpia, it was..okay.. there's a lot of room for improvement in its sauce. Meanwhile, my son loved his chicken barbecue and declared he'd love to be back at Ineng's just for it.
Ineng's has several branches in Metro Manila, some of which are at SM North Edsa, Robinson's Place Novaliches, 168 Mall and Katipunan Ave.