Rufo's Famous Tapa has been around since the '80s, but I hadn't paid attention to it because there used to be no branch near our place, both home and office. Last February, however, on my way to church on Taft Ave., I saw a tarpaulin indicating a Rufo's branch at P. Noval St. near UST, which isn't far from home, and which we always pass by on the way to church. I thought now I had the chance to finally try tapa at this "famous" place. You see, tapsilog (tapa, sinangag and itlog to those not in the know)  is one of my favorite meals any time of the day and I'm in search of the best there is in the metro.
Well, I didn't want to waste time so the following week, my daughter and I were there at Rufo's-P. Noval for a late lunch before going to church. Once inside, I was impressed by the simple and neat interiors. My daughter commented that the checkered lower parts of the walls made the restaurant much like the diners that we'd seen in American movies. As we read the menu, I was also impressed that aside from tapsilog, Rufo's offers a lot of choices ranging from all-day breakfast, merienda, all-time favorite Filipino dishes like tinola and humba, and also "pulutan" that included sisig, chicharon and tokwa't baboy.
We then ordered tapsilog, bulalo and tapa pizza, which we all loved. My top favorite, however, was the pizza which was quite unique as I hadn't known any other restaurant that offered this. As to the tapa which is Rufo's claim to fame, it didn't disappoint. It was the first tapa with sauce that I saw and tasted, and I liked it. It was on the sweet side, though, and had the tendency to give you the "sawa factor" toward the end of the meal. As for the bulalo, the soup was flavorful, the beef was tender and the bone marrow was filled with "utak". Sinfully delicious! An order could feed two persons and at only P166, it was very affordable. For dessert, we had the Creamy Fruit Fiesta, which wasn't so good, however. I had brewed coffee, which I didn't appreciate much, too. My fault, though, 'coz I put too much creamer and so it had no more kick.
Anyway, I liked Rufo's so much that the following weekend, I brought our whole family there for lunch to celebrate the birthday of our youngest. We ordered quite a lot - Tapa Pizza, Tapa Sandwich, Tapsilog, Bulalo, Tocilog, Pork Sisig and Crispy Danggit. For dessert, we had Black Sambo and Leche Flan, which were both delicious! 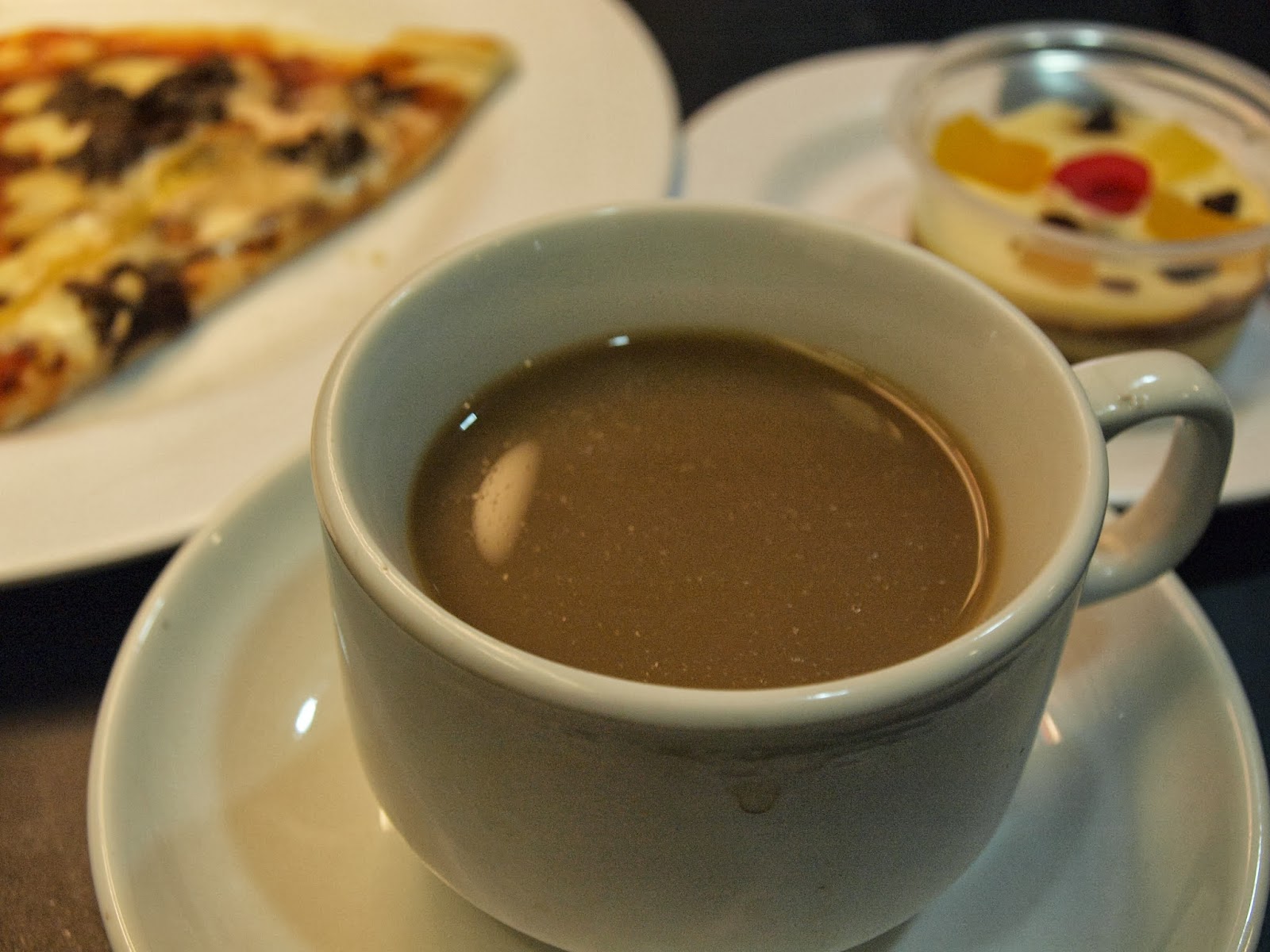 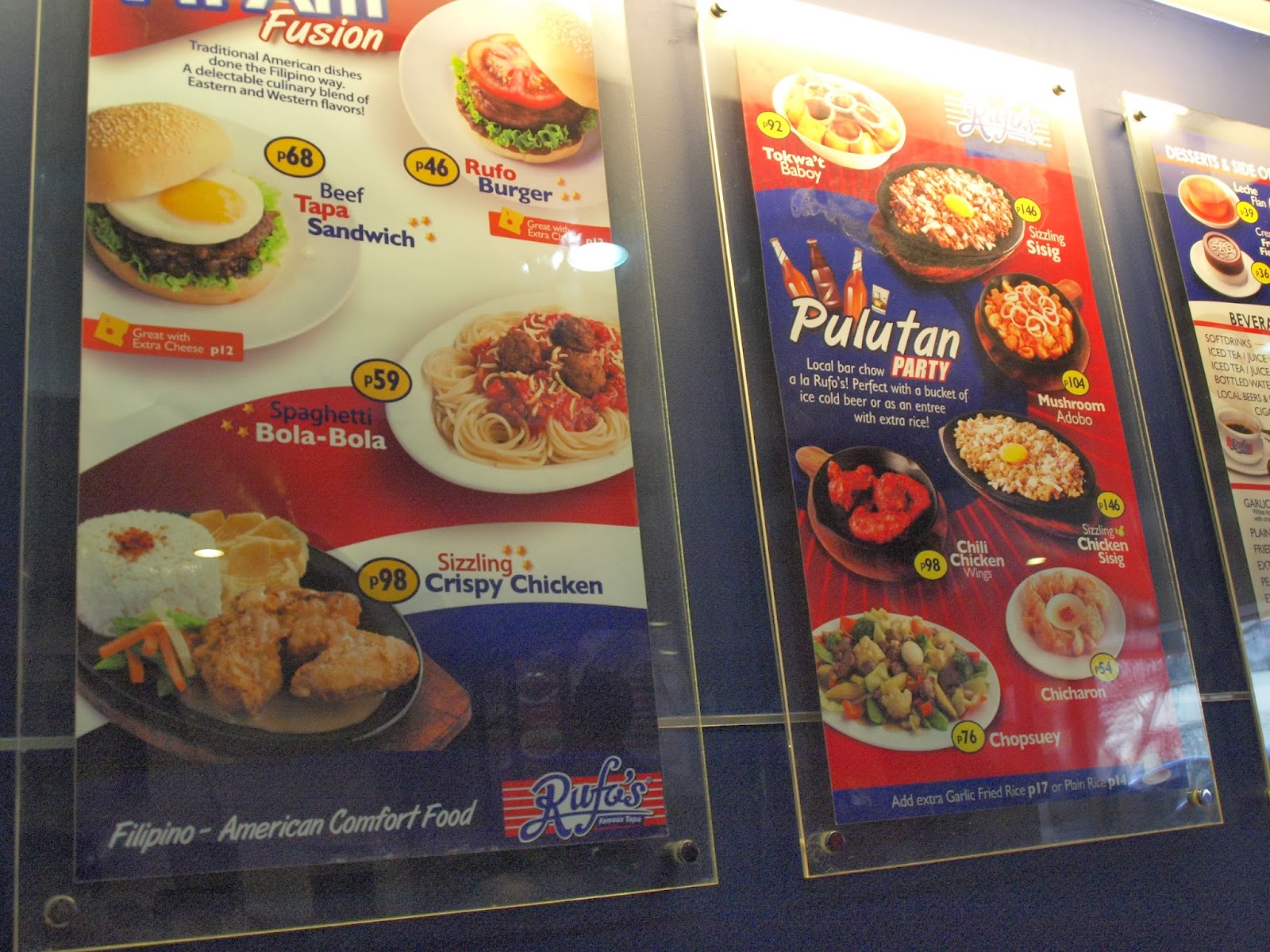 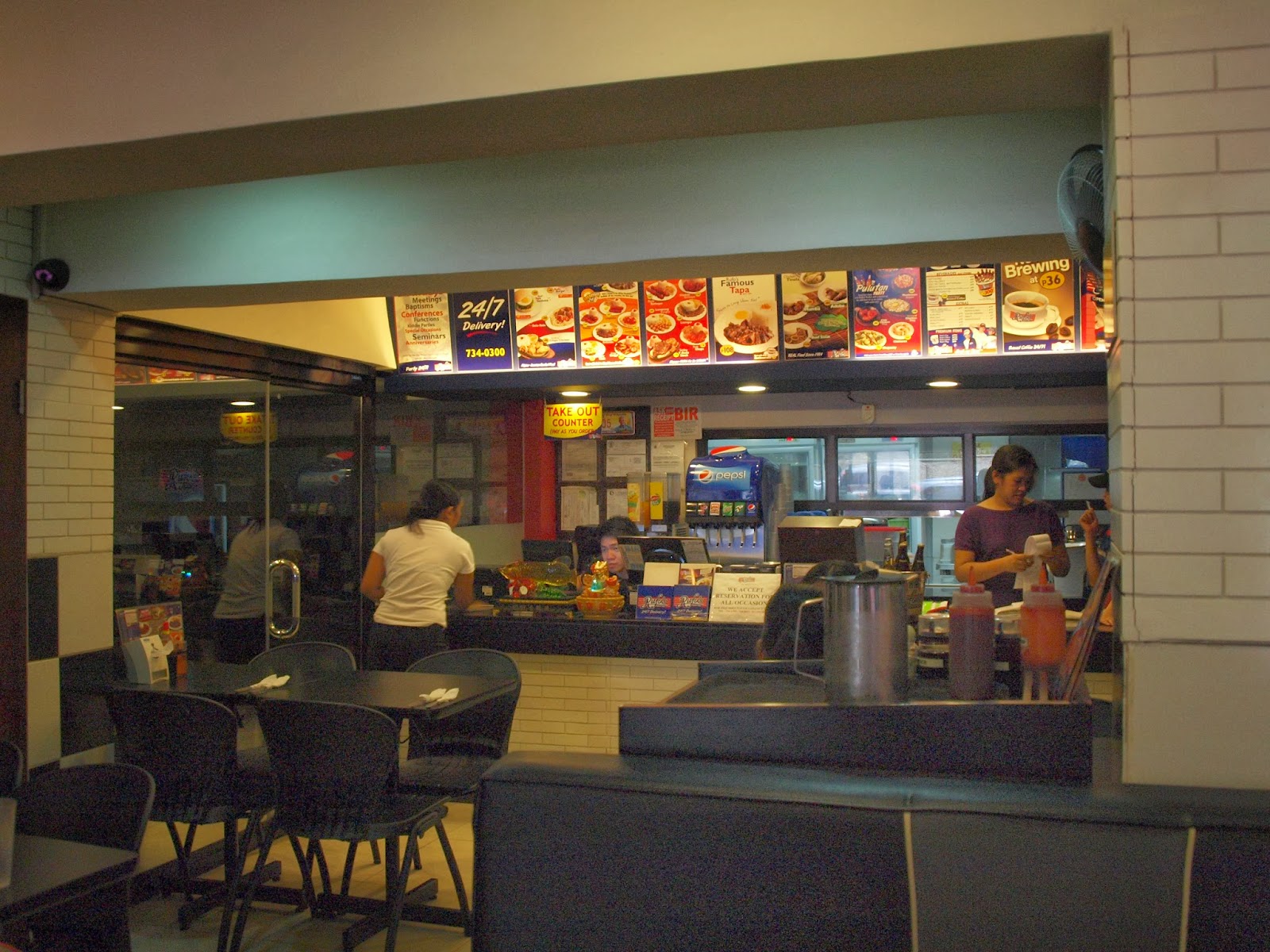 If you're coming over for snacks, I recommend not just the Tapa Pizza but also the Tapa Sandwich. Both are uniquely Rufo's and are really delicious. For a full meal, there's a lot to choose from, as I've mentioned.
Honestly, I now consider Rufo's as one of those restaurants I feel going back to because of its yummy offers, affordable prices and casual and relaxed ambiance.  The staffs are friendly, too. By the way, I want to share an interesting trivia about Rufo's. Did you know it was founded by a group of officemates and they named their business after their boss? When I read this, I thought wow, these guys' boss must have been a good one. Lucky them! Haha! Anyway, Rufo's Famous Tapa currently has 13 branches around Metro Manila. If you haven't tried it, don't waste too much time!