The chicken that didn't chicken out

I'm always awed by success stories. In the food business, there's a lot of these to hear. But there's a particular story which to me is as lovely as it is interesting - the story of a family cook fondly called "Manang" (an Ilocano term for an older sister), whose fried chicken she once cooked only for the family she served, is now also eaten and enjoyed by thousands of other people in the Philippines. Such is the story behind Manang's Chicken. This fast-growing fast food chain started out joining the weekend food market at Mercato Central in 2010. It proved to be such a hit that the owner decided to open their first restaurant in the Ortigas area. Today, two years later, Manang's Chicken has 10 branches around Metro Manila and more I believe, are about to open. Many foodies have sung the praises of Manang's twice-fried soy garlic chicken that I felt I shouldn't be left behind.
And so, last week, I tagged along my youngest son to work and come merienda time, we headed to the new Wilcon City Center in Quezon City, where a Manang's Chicken branch had just opened. There, we had: 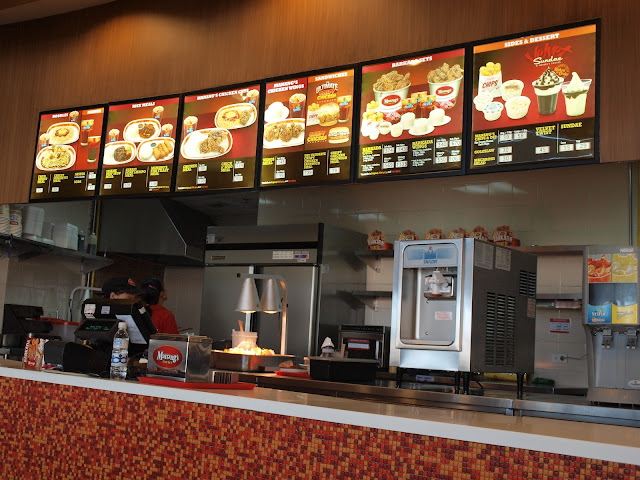 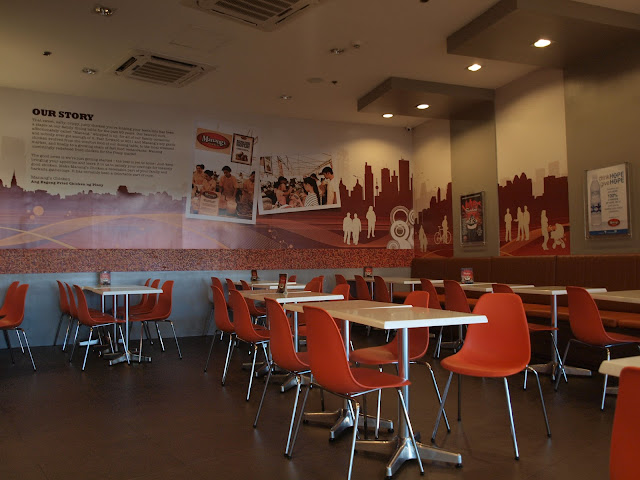 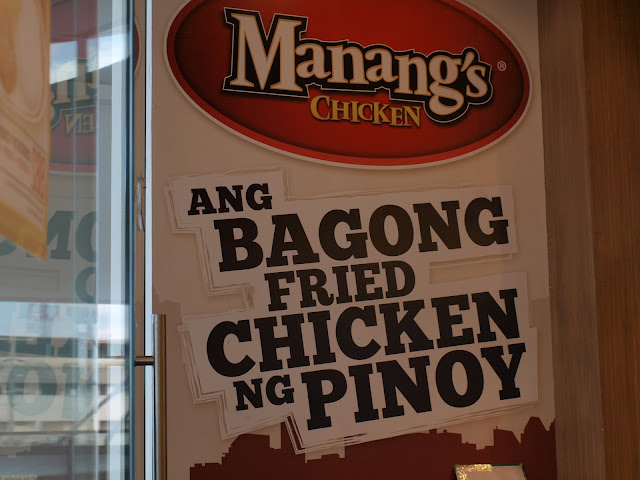 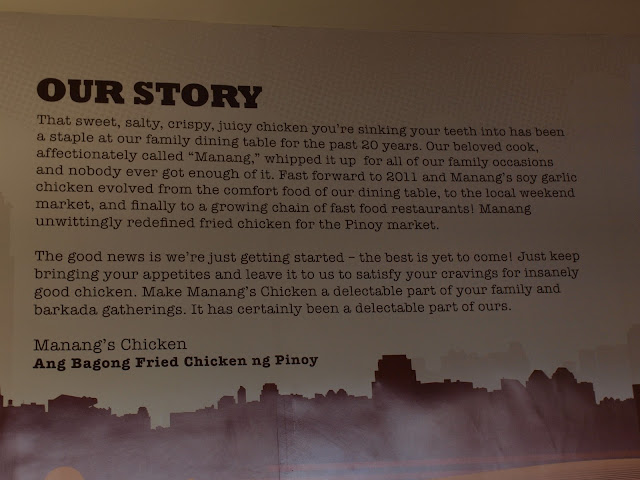