It had been awhile since I last saw saw my mom-in-law though we'd communicate by phone. Earlier this month, I was happy to finally see her but was also sad that she was sick then. Nevertheless, going to San Juan presented to me an opportunity to explore this neighbor city a bit to try a new foodie place. My daughter and I, before going to see hubby's mum, dropped by this coffee shop on N. Domingo St. called Café Ben-a-Bien. It was afternoon, time for merienda cena and we had: 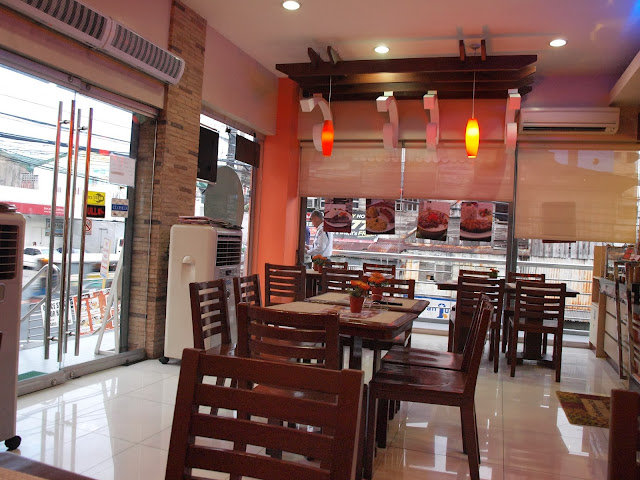 Truth to tell, I had high expectations from Café Ben-a Bien as I stepped inside to find a nice and homey though simple place. Sadly, I was in for disappointment when it came to the food. My daughter shared my sentiment. The tuna panini lacked in "spark". The tuna filling could have been a lot better had they put more mayo and spices to it. All we could taste was the tuna itself,  as if the fish flakes were stuffed in between the bread slices straight from the can without anything added to them. Really, my daughter makes tuna sandwiches that taste a lot better. It was a good idea, though, to serve tuna sandwich with a side of garden fresh salad. And then the tacos..well, they would have come to my liking if I weren't able to dish out a better version. Haha! Sorry for bragging but my daughter agrees. Hehe. The only thing I liked was my frappe but my daughter wasn't happy either with her latte. The poor thing... Oh well, I'm sure other Cafe Ben-a-Bien offers are better if not out-rightly delish
and I hope to be back to try them so I'd be able to give this café a kinder review. :-)