Glad you're back Auntie Anne's! 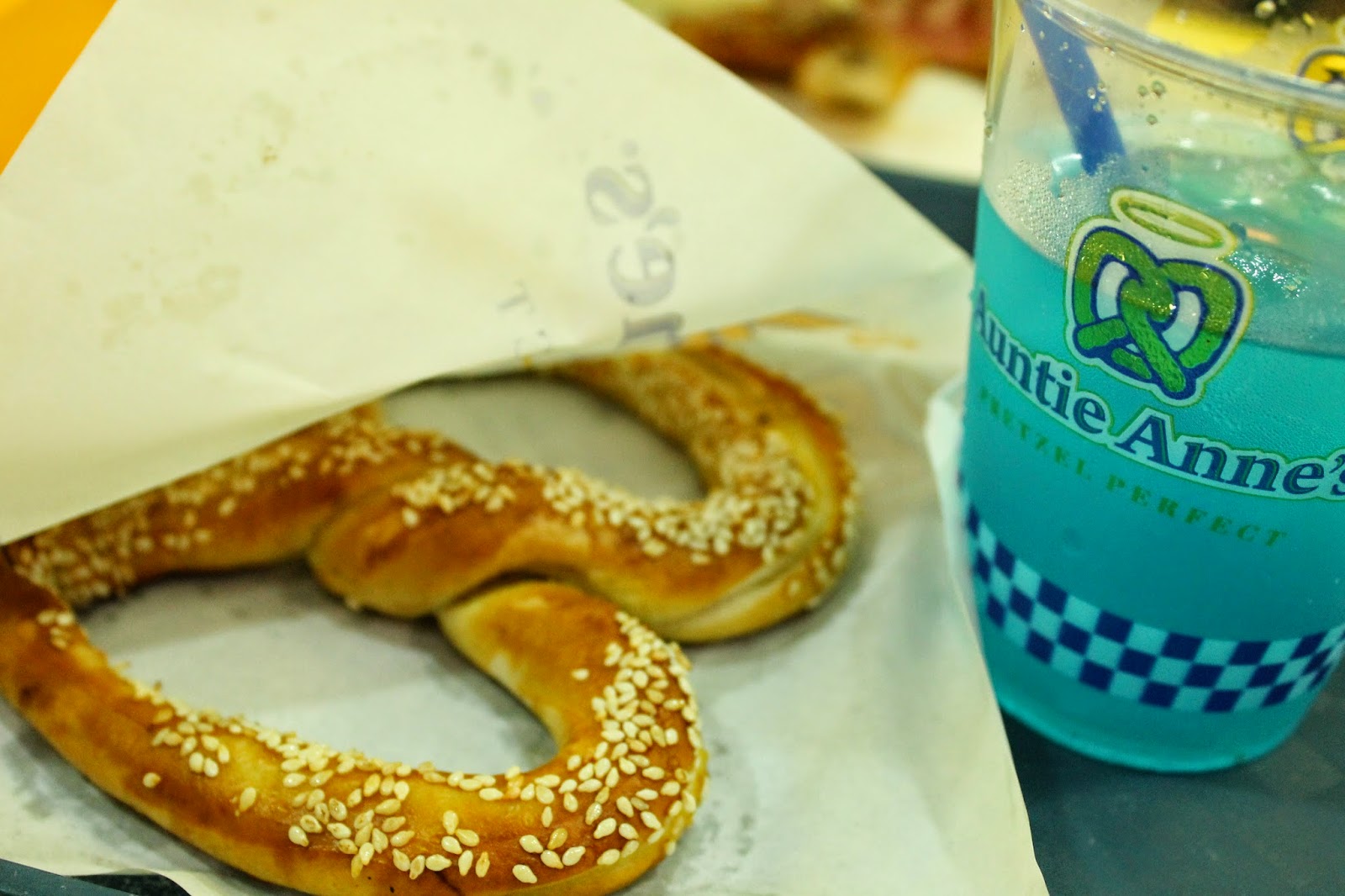 If there's one old favorite of mine that I surely missed, it's Auntie Anne's pretzels. I think it was in the late '90s or early 2000s that I'd go buy at their store at SM North Edsa every time I had the chance. However, as years went by, I noticed Auntie Anne's went missing in malls. Thankfully, this year, after some 12 years since I last visited, I saw a branch of it again, this time at SM Manila. I found another one at SM North Edsa just a few days later. Now I could have my favorite sesame pretzel again. My daughter tasted it for the first time the other Saturday and liked it too. Last week, we were at Auntie Anne's twice! Now isn't that proof I missed their pretzel? Haha! Now they have more offers than before - more goodies to enjoy! There's now Pepperoni Pretzel and the bite-sized Pretzel Nuggets.
At their SM North Edsa branch, these were what we had:

At the SM Manila store, we enjoyed these: 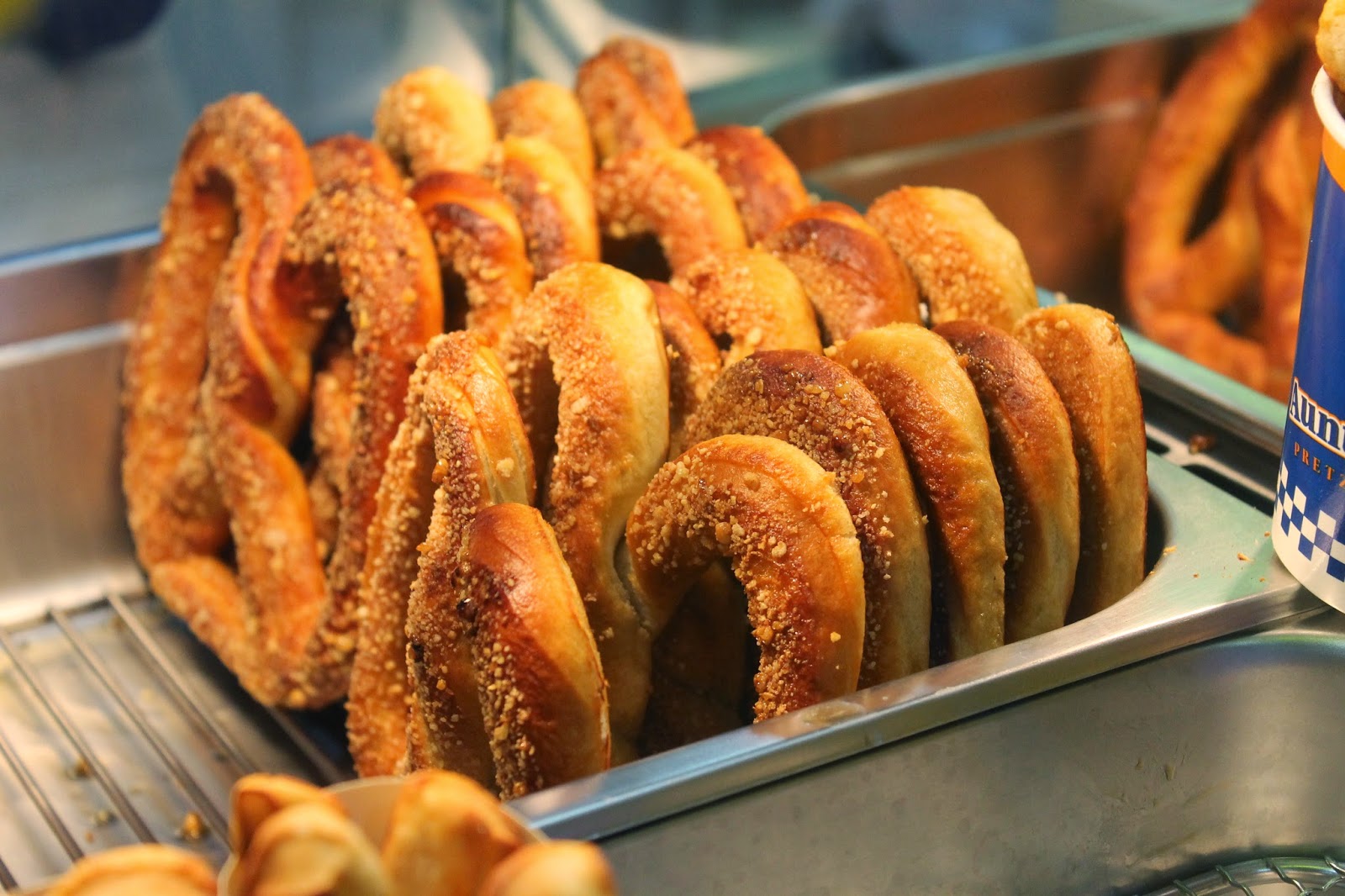 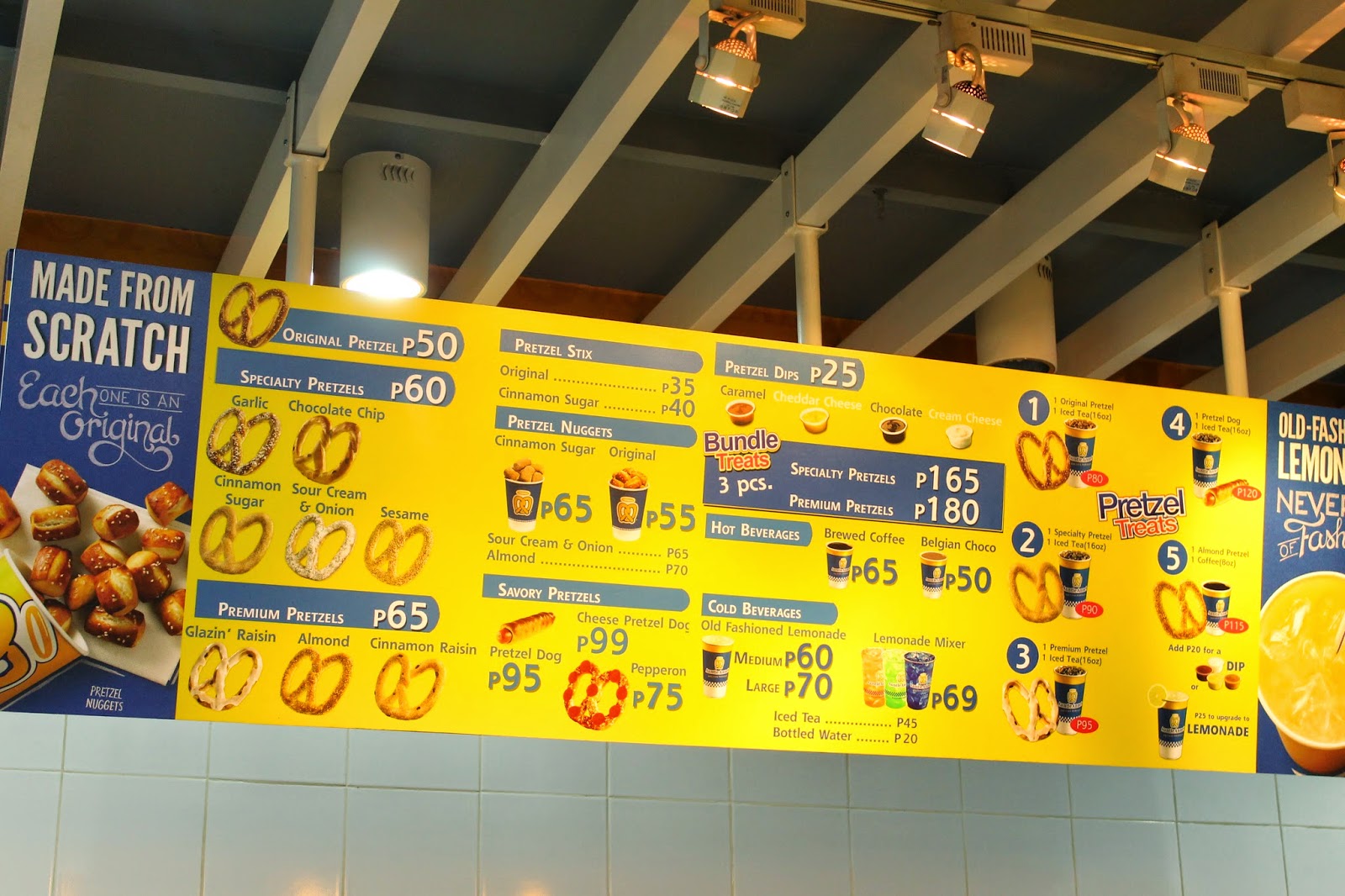 Anyway, I read that Auntie Anne's started in Pennsylvania in the late '80s but I didn't find any info on when it reached the Philippines. Oh well, what's important is that Auntie Anne's has bounced back and can now be visited in more than a dozen stores in Metro Manila.
How 's that for a ton of pretzel fun?