While news of newly-opened restaurants in the metro excite me, I reserve bulk of my respect and admiration for the old, classic food establishments. Putting up a foodie joint is a breeze to those who have ready capital outlay, but it takes so much more to make business flourish and stand the test of time. An example of a classic restaurant right in the heart of the city of Manila is Jade Vine at the corner of UN Ave. and Jorge Bocobo St., which opened its door
to patrons in the 1960s. Wow, five decades and counting!
Last Saturday, I was excited to finally eat there with my daughter. Truth was, I worked in that area for four years and the church I'm attending as well as my HMO clinic are in the area but I'd never thought of eating there because I was kinda intimidated by Jade Vine's "image". To me it seemed that only the "don" and "doña" belonged there, and I just wouldn't fit in. This, I confirmed in my readings. In those early times, Cabinet ladies led by Eva Macapagal (the second wife of former President Diosdado Macapagal) met at Jade Vine. Members of the high society rubbed elbows there, too, the likes of Tingting Cojuangco, Chona Kasten and Elvira Manahan.
But finally, I felt that it was time for me to go to Jade Vine. Not that I'm a "doña" myself already (haha!), but because I read somewhere that food there is good and not that pricey. So there we were after my time at the doctor's clinic in Times Plaza. On entering the restaurant, I was immediately impressed by the interiors - classic, with an old world feel, owing to the dominant earth colors, wooden furniture and decors used. It also felt ..uhhmm..exclusive.
And we had these for late lunch/merienda: 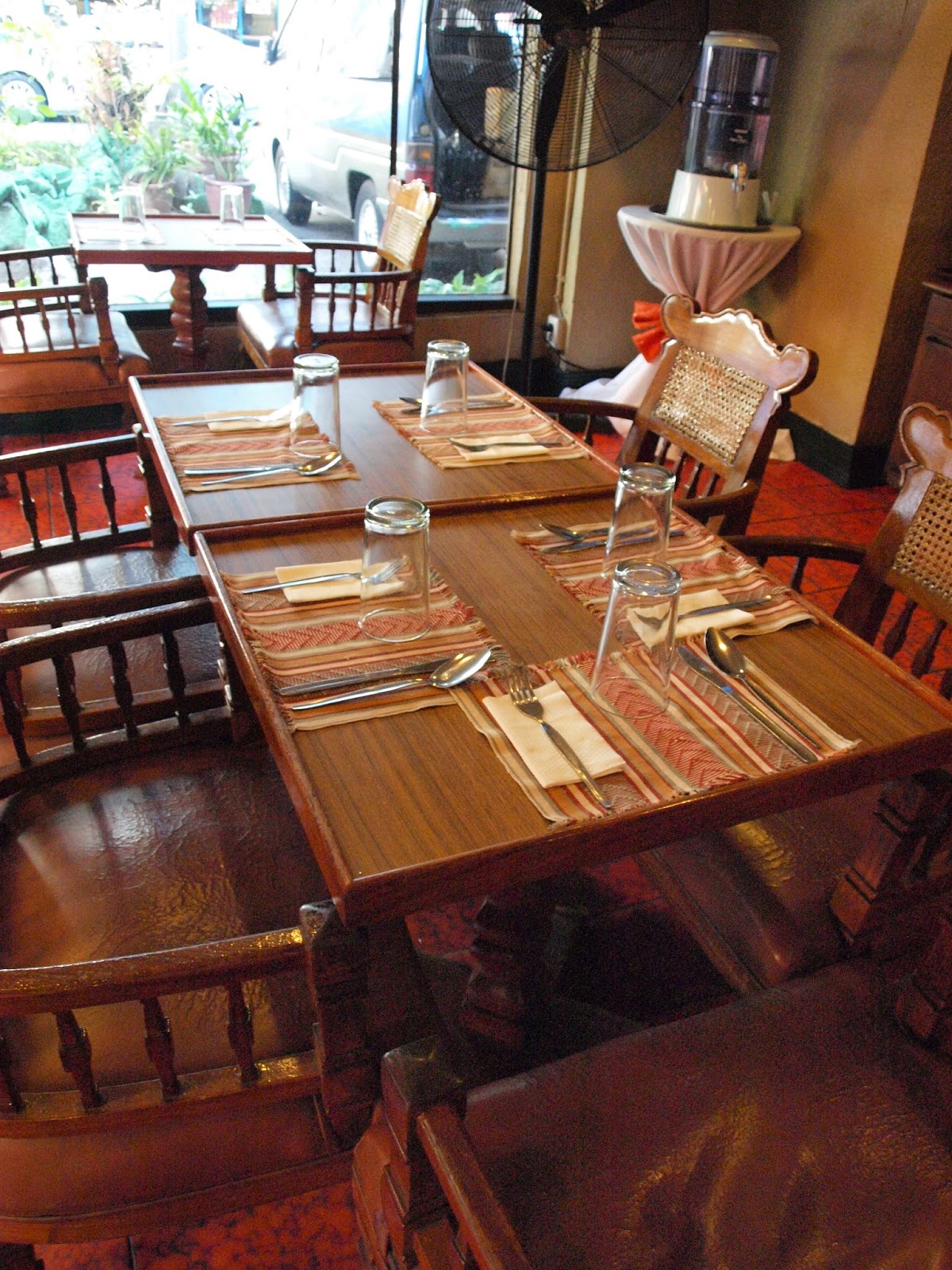 The palabok was delicious. My daughter liked it. The pancit bihon, however, was quite bland though I'd say it was still good after I added some soy sauce and pepper to it. It had lots of veggies and was meaty, too. The servings of our pancit were hefty and really filling! Perfect for two famished humans who were eating late lunch and afternoon snacks at the same time. Haha! As for our clubhouse sandwich, we were happy with it. No scrimping here on  fillings - ham, egg, tuna and veggies. But there's another thing I liked about the clubhouse. Instead of potato chips, it was served with fried "kamote (sweet potatoes)", which were thinly sliced and fried to a crisp. Yummy and healthy!
Meanwhile, I loved the coffee - strong and full-flavored.
So, will I be back at Jade Vine Restaurant? Surely and soon, hopefully,
to try their main entrees and cakes.
Posted by Lori P. at 8:17 PM No comments: