It used to be that we had to go to nearby cities if we wanted to eat J.CO donuts - those colorful eye candies that are such a delight to the taste as they are to the sight and smell. Not anymore, as J.CO now has a store at the famous sunset avenue of Manila, the Roxas Boulevard, at its corner with UN Ave. (It's really called J.CO-UN Ave.) But while it was just last month that I learned of this branch, it was actually in October last year that it opened. Oh well, better late than never!
Last Sunday, me and my two daughters happily hauled ourselves off to J,CO-Manila to enjoy an afternoon of donuts, coffee and frozen yogurt. The two girls lined up - for one hour! - while I sat at the terrace looking at the street below, particularly at those horse-drawn carriages locally known as calesa, passing by every now and then. You still can't see the sea from this point but you're close enough to be able to see the sky change its hues as the sun slowly goes down the horizon. What a very relaxing afternoon it was to be sitting there just enjoying the breeze as I took pictures. But once our food and drinks came and I finished taking pictures, we transferred inside where it's cozy and homey, with the dim lights and the soft and comfy chairs.
And then we enjoyed: 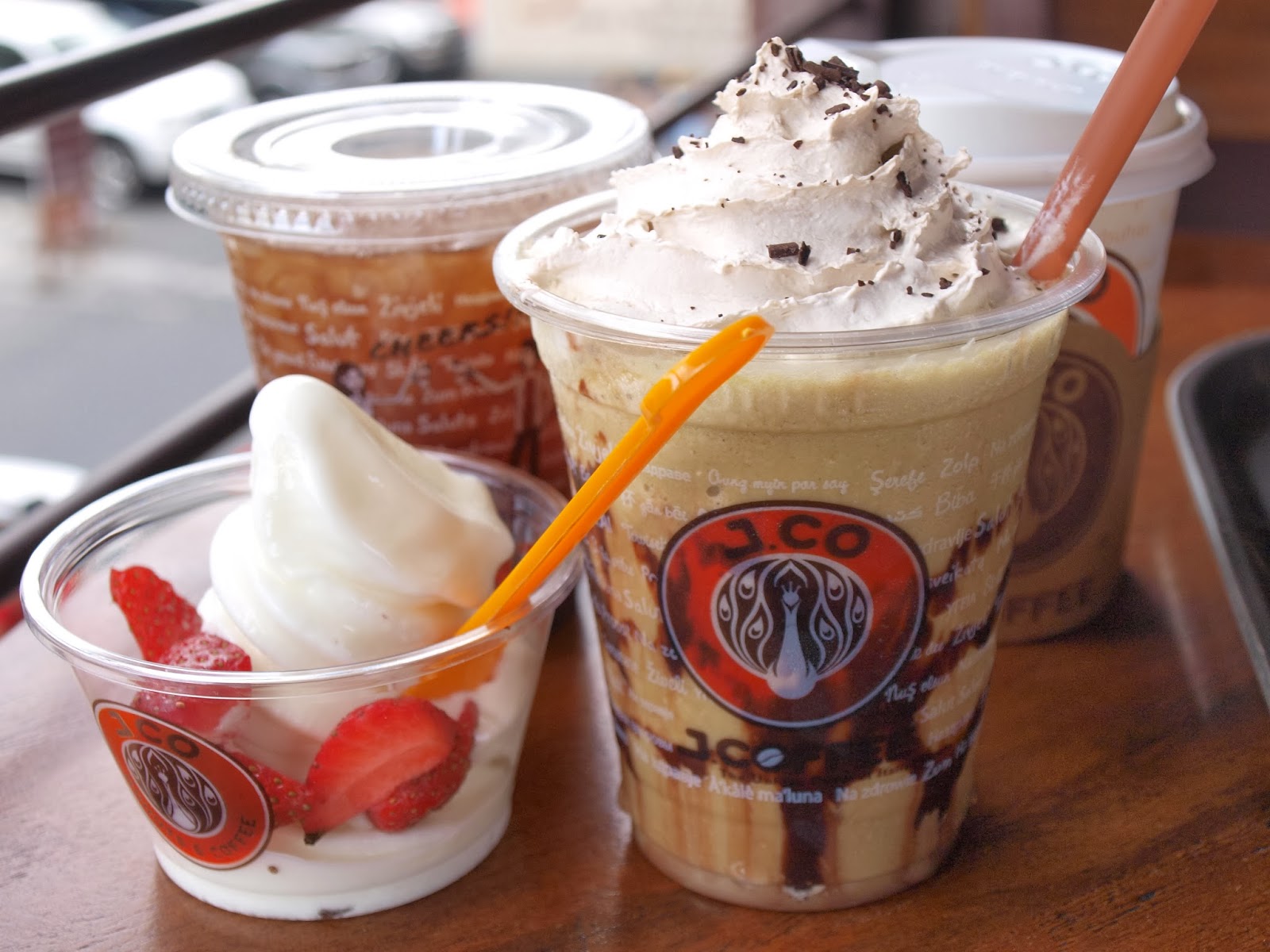 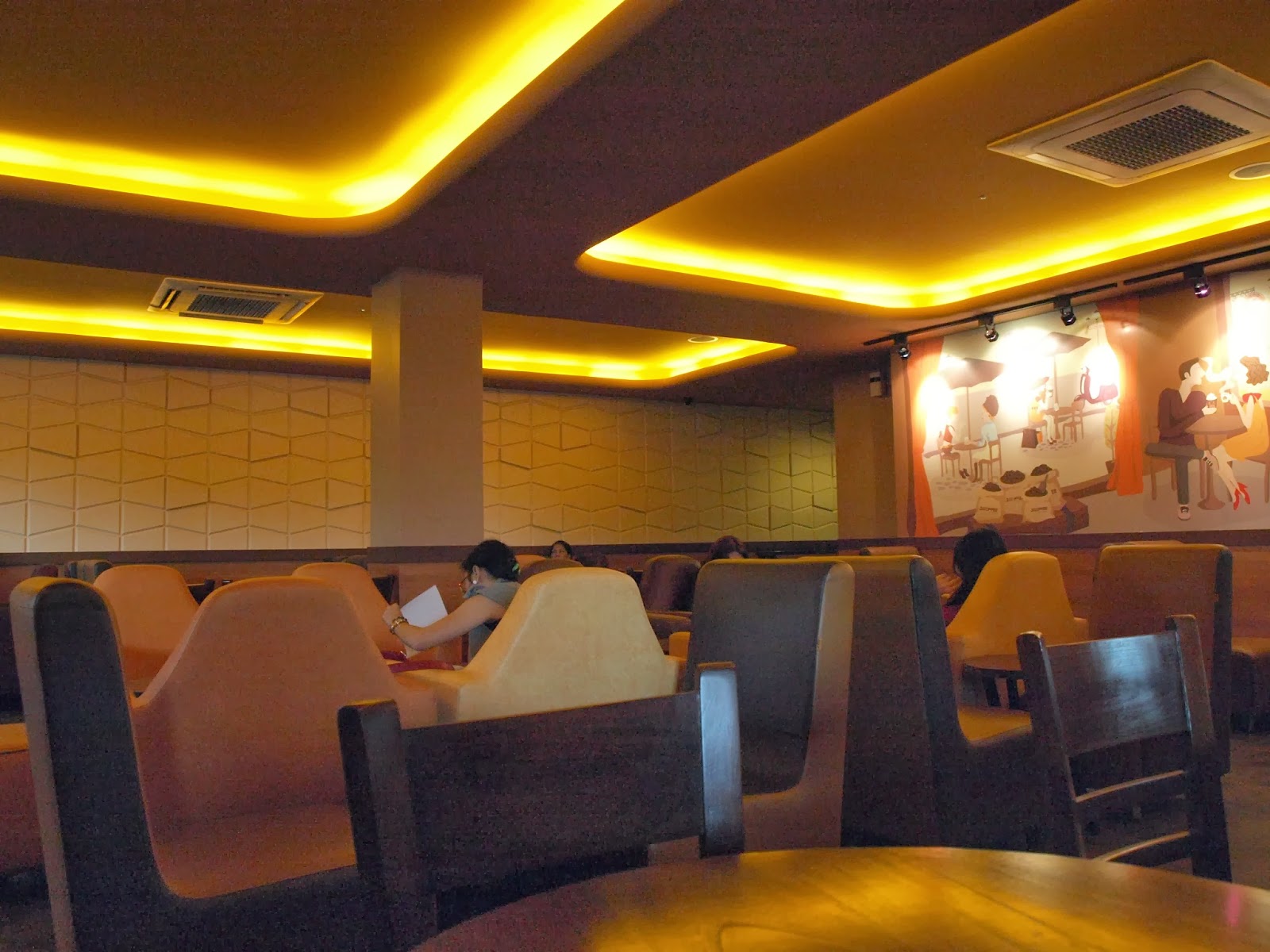 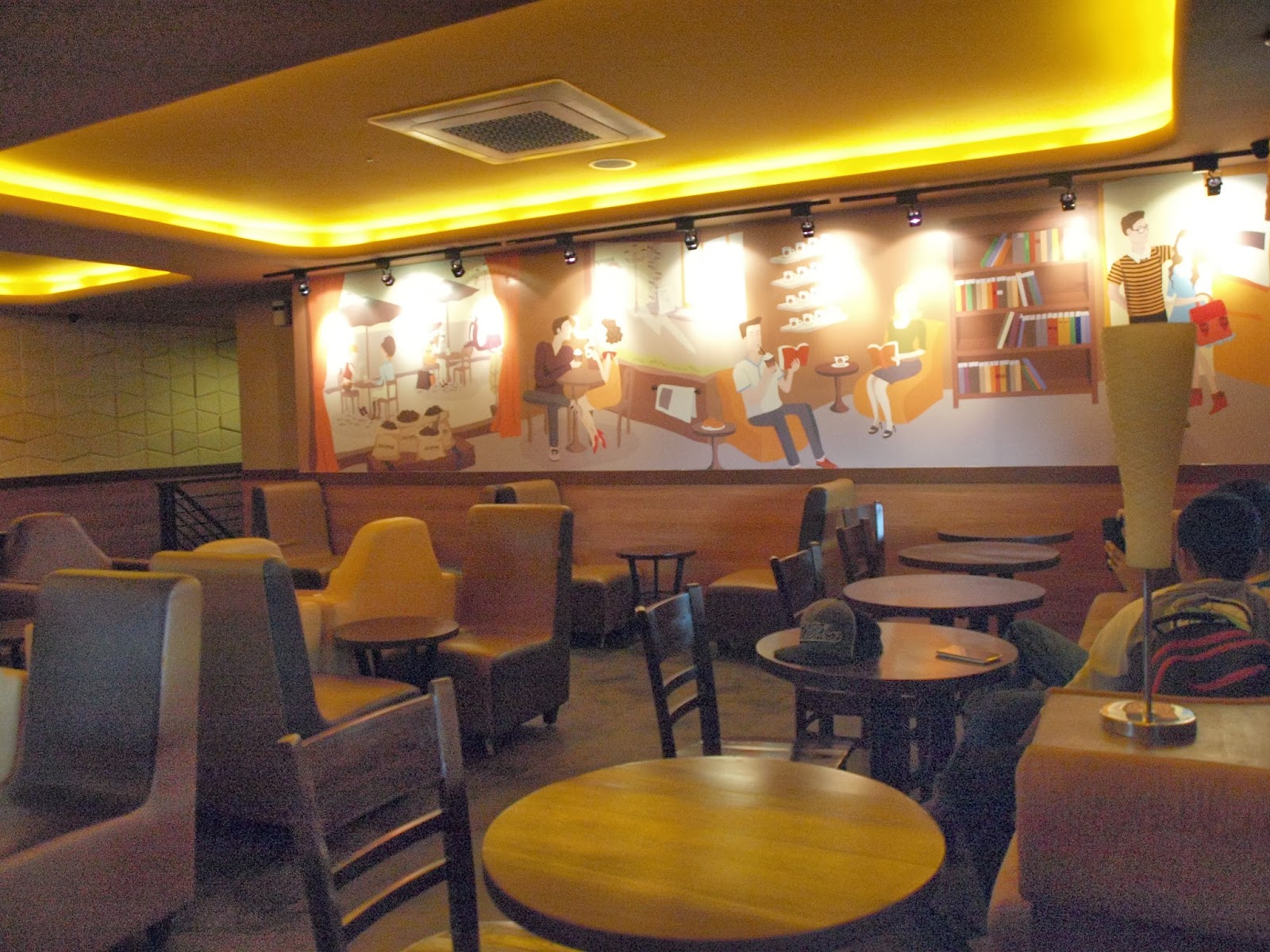 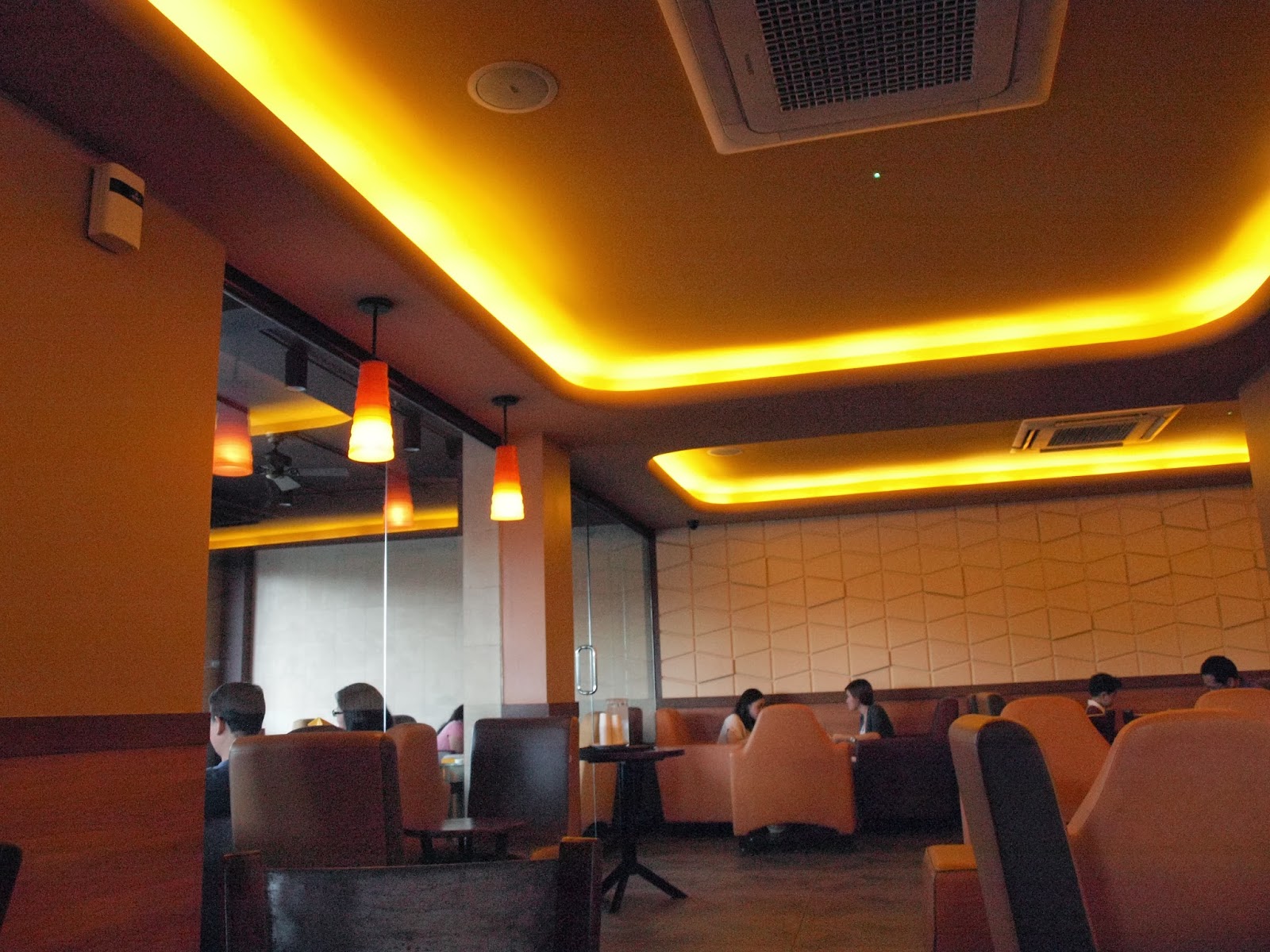 We bought two dozens of donuts but each of us ate just one and then took the rest home as "pasalubong" to the hubby, two other kids and a niece and nephew. By the way, J.CO Donuts and Coffee, which was founded in Jakarta, Indonesia in 2005, now has nearly 20 branches in the country (one info site says it's 18, another says it's 19) since it arrived here in 2012. Two years already and the lines haven't gone shorter! That's what we've observed at the branches in Trinoma, SM North Edsa and here on UN Ave. That's how much Pinoys love this pastry brand - perhaps because it has many delicious flavors and all are just rightly sweet and don't overwhelm the taste buds. Also, their coffee concoctions come in many varieties, all yummy-looking you'll have a hard time choosing. And then, there's the healthy frozen yogurt (J. Cool) that you could order with your choice of fruit topping/s. Lately, they've added sandwiches to their menu too, named J. Club, which come in Katsu, Salami, Sausage and White Velvet varieties. I'm so looking forward to trying these. See you, guys at J.CO!
Posted by Lori P. at 10:33 PM 2 comments: