The heart of France

I looked up over the weekend the meaning of le coeur de France and this was it (the title of this post), I found out. Why the sudden interest, you might ask. Well, I was so smitten by the ham and cheese croissant at Le Coeur de France, that is why. Hehe. It's just the way I like it - flaky and crusty. It was so delicious I'm still daydreaming about it. Haha!. By the way, my daughter and I were at this branch inside Times Plaza at the corner of UN and Taft Avenues just before church service last Saturday. We arrived in the area quite early and were buying time so I decided that we have coffee. We were both still feeling full from our late lunch and didn't want to eat anymore but since I saw a coffee-and-croissant pairing on the menu, I went for it while the daughter ordered a cappuccino frappe. Unfortunately, said the server, their whipped cream was unavailable so my daughter settled for iced cappuccino.
When our orders came, not one but two croissants came when I asked for just one. The server explained that it was "buy 1, take 1" for their breads starting at 3 p.m. Was I delighted at my sudden good fortune! Haha! And it was happiness take 2 at first bite of the croissant. My brewed coffee, while being good as well, was too strong for me so I requested the server to dilute it with hot water and to give me more creamer, which she graciously accommodated. (Hmmm..good service - a plus point!). While I was leisurely sipping my coffee, I asked my daughter to buy me a notebook and a bottle of toasted garlic from separate stores inside Times Plaza. I took this opportunity to sip her iced cappuccino and I loved it too. Hehe. 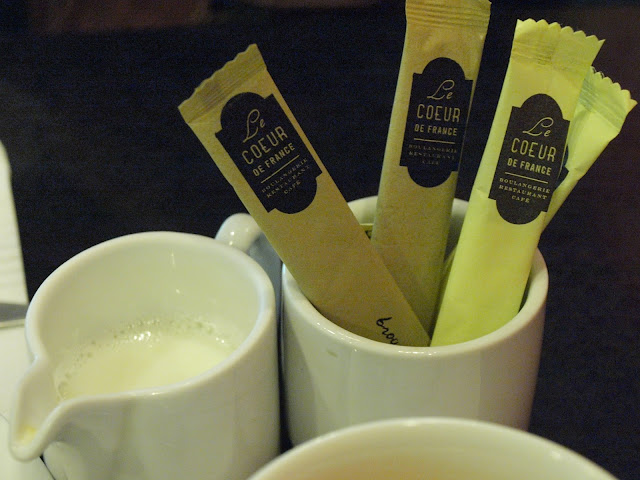 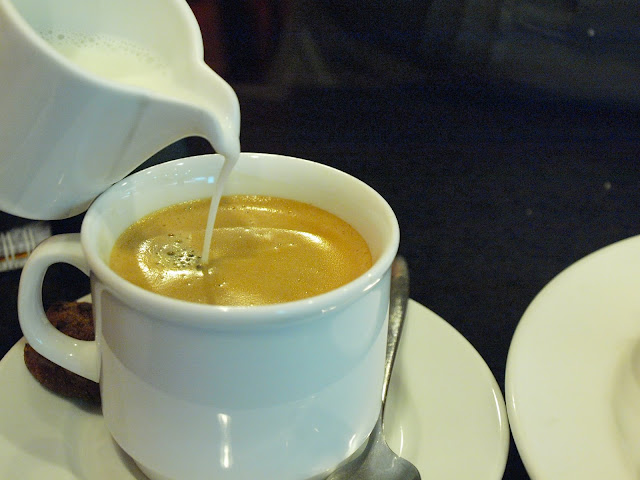 Last Saturday was actually our second time at Le Coeur de France, the first being last February but it's only now I'm blogging about it. Then, we ordered their Treat for 2 meal (P320) consisting of a serving of Pasta Salad, Double-Decker Sandwich and two glasses of iced tea. Well, I urge you to try the mentioned pasta for your own gastronomic pleasure because it's lip-smackingly delicious! To me, it tastes like cheese pimiento spread mixed with pasta and you might just agree. Also, it is served on a bed of fresh, crunchy lettuce. I think it's quite a unique pasta dish coz I haven't had anything like this elsewhere. As for the sandwich, it was yummy too. I think (if my memory serves me right) it had deviled egg with veggies at the bottom and tuna with cheese at the top layer. Le Coeur de France is now one of favorite places
for coffee and more. I hope to be back there soon :-) 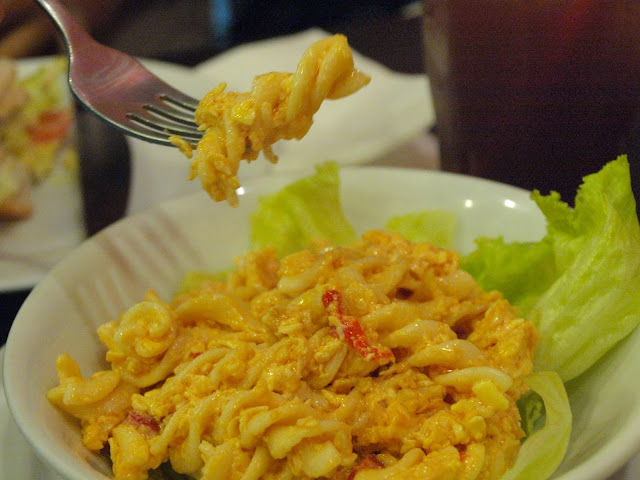